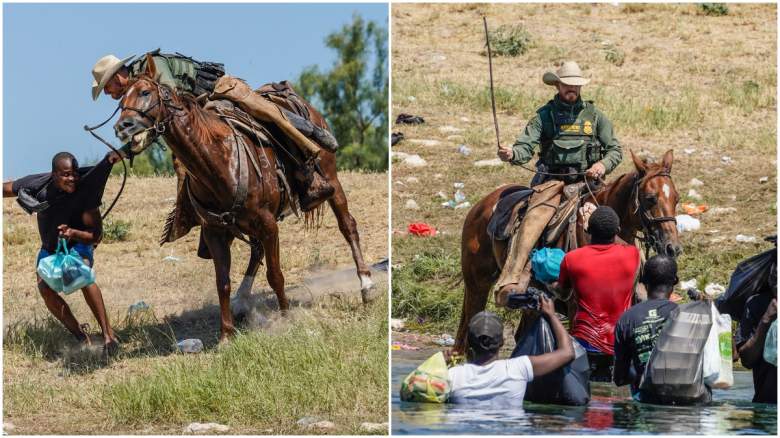 Paul Ratje, who took the photos, says he didn’t see anyone being whipped, but the photos have gone viral because they make good copy to steer the public from the main issue of the government not having any plan to secure our borders.

Kamala Harris, who was put in charge of the crisis at our borders last March, has not done anything to resolve any part of this problem, in my opinion.  She did appear on The View this past week and talked about the border patrol on horseback without vetting the truth.  Although she was given softball questions, the question of why nothing is being done at the border to help the crisis never came up.

Let us not forget about the open door from Mexico to California, Arizona and Texas.  According to the DAILYWIRE, a total of 929,868 illegal immigrants have entered the country as of July, 2021 — almost as many as the 977,509 illegals who entered during the entire year of 2019.  These people are being relocated all over the United States and bringing deadly diseases with them at the expense of the American taxpayer.

Many of these facts are being covered up.  I linked my comments to articles talking more in depth about these subjects.

Are We Done Yet?

I could say more, but I won’t!

Not Just Once a Year