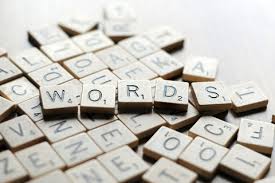 At the beginning of every New Year I have been publishing words to banish from your vocabulary.  Lake Superior State University collects nominations and releases the compiled information and publishes it every year.  I, in turn, am sharing parts of the current list with you.

Tons: Refers to an exaggerated quantity, as in tons of sunshine or tons of work. “Lots” would surely suffice.

Pre-owned: What is so disgraceful about owning a used car now and then?

Nothingburger: Says nothing that “nothing” doesn’t already. Unless, of course, there’s no pickle, lettuce, ketchup, cheese or sesame seed bun.

Let Me Ask You This: Wholly unnecessary statement. Just ask the question already.

Impactful: A frivolous word groping for something “effective” or “influential.”

Hot Water Heater: Hot water does not need to be heated. “Water heater” or “hot water maker” will work.

Gig Economy: Gigs are for musicians and stand-up comedians. Now expanded to imply a sense of freedom and a lifestyle that rejects tradition in a changing economic culture. Runs a risk of sharecropping.

In addition to these words/phrases, thank you Madeline Holler, writer & blogger, for giving us the following list of what should be cleansed from your conversations.

Literally: Literally, all of us know we’re using “literally” in exactly the opposite way it is supposed to be used. And yet, we literally can’t stop. But let’s try.

Hashtag Anything: It used to be clever, but now trying to parse the words in a long sentence with no spaces after a hashtag is hurting our eyes. The large blocks of hashtags we’ll put up with—because, we get it, you need people to find your post-workout photos

It’s All Good: The go-to phrase now for “no problem” or “that’s OK” is “it’s all good.” Totally overused. You have options, so mix it up.

Ridiculous: This word has become a ridiculously common way to turn up the notch on “very.” Those homemade Pop-Tarts aren’t “very good.” They are ridiculously good. Rent isn’t “very high”—it’s ridiculous in that neighborhood. Her dramatic performance in that film wasn’t “very good”—it was ridiculous.

Seriously: Is it because no one takes anyone seriously anymore that we have to say “seriously” all the time? Or do we prefer to use a multisyllabic word when, you know, a “yes” would do just fine? Seriously?

To Be Honest: This crops up in a lot of texts, social media posts and in daily conversations. It’s supposed to be followed by a potentially controversial statement (or maybe one that will hurt someone’s feelings) but, to be honest, we often see it among strikingly banal ideas.

Whatever: “Whatever” is like a fluffy, soft blanket that you pull over your head in embarrassment if you’re not feeling super secure about what you’re saying, or whatever. It’s also a brutal comeback if you want to shut down a conversation. It’s been around forever and probably won’t go away anytime soon, but maybe we could collectively cut back?

You’re Kidding:  Could be as obnoxious as “seriously?” when used as a response to hearing bad news. “Joe was in an accident!”  You’re kidding!
Stupid response, right?

Awesome: This is the king of overused words, and there’s little evidence it will go away anytime soon. Want to know when something isn’t the least bit awesome? It’s when someone describes it as awesome. End the misery. Now!

If you have opinions on these lists or want to add more, comments are welcomed.

Pick up that Garbage, please!

This is Not a Good Experience

Are you a Woodworker?