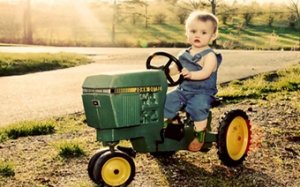 I have noticed an increase of morons, both drivers and pedestrians, on the roads and highways lately.  I know we have more people moving into the Phoenix area, but do they leave their brains at their old residence? According to the Census Bureau, Maricopa County has the nation’s highest annual population growth.  Phoenix is the 6th most populous city in the United States and is also the most populous state capital with over 4.5 million people. In 2019, 62,000 more people called the Valley of the Sun home.

It should be mandatory to test these people before they move here so they can show if they know how to interact with traffic. I experienced 3 instances in one day where people acted like my car was invisible turning right in front of me.  By the way, my car is a white SUV, not a midget car. I can see them driving their tractor on the farm without rules of the road, but not on a main street with busy traffic?

Have you noticed that pedestrians cross busy streets anywhere they want?  Maybe cross walks are intimidating or a few more steps out of the way than they can handle, but they don’t even check to see if cars are coming their way.  These idiots don’t look both ways, heck, they don’t even look one way.  They are the same people who would sue a driver if they got hit.  I’m not saying we shouldn’t avoid these people, but it’s hard enough traveling around with crazy drivers on the streets, now we have stupid pedestrians to deal with as well.

While I’m complaining about pedestrians, I might as well talk about those people who cross the street slower than a turtle, especially when a car is waiting to turn.  It’s obviously a power play because that’s probably the only time they can control something and irk people at the same time.

I can complain all day, but that’s not going to help things improve. I could retire and eat bonbons all day, get a personal driver or just do my best to be vigilant and safe in traffic.  Hmmmm . . . .

Are you Getting These?