What Have You Been Doing? 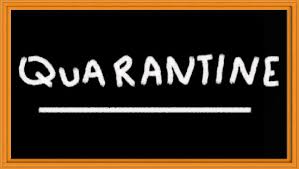 Being quarantined, or in my case, somewhat isolated, is not half bad. True, it would be nice to get a pedicure or meet a friend for coffee like the “good ol’ days,” but the downside of mingling right now is not in our favor. Not to belabor the situation, but for those who know about my husband’s health for the past 11 months, it would be ridiculous to ignore the quarantine rules at this point.

Making the most of my time has been a challenge since, typically, I have too much to do and not enough time to do it.  I thought I would keep myself “busier” by doing fun things like crocheting a baby blanket which I finished two weeks after the baby’s birth.  No pressure there!

We have been living in the same house for 40 years, so you can imagine the accumulation of stuff.  I finally made time to purge 3 boxes of baby clothes, some of which I made, and will be passing them on to other mothers.  This has been long overdue since my kids are . . . well, let’s just say they started watching Sesame Street when the show was on air 3 years.

I have been trying out some cool recipes and making up many of my own.  I should probably have my own cooking show, but I’ll leave that for another lifetime.  And, of course, like many of you, I have watched more movies in these last few months than in my entire life.  What would we do without Netflix and Prime?

It has been just about two months since we have been in quarantine.  We have learned and experienced more in our lifetime than we ever thought – and now we will just have to wait and see what comes next.

Should We, or Shouldn’t We?