Once, the Musical on Broadway 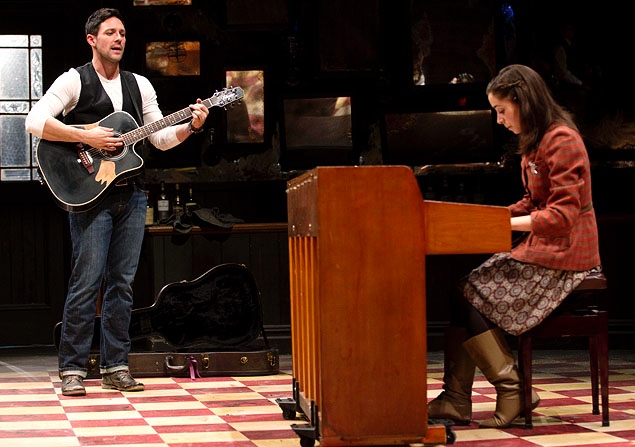 As guests of Ferguson Kitchen, Bath & Lighting Gallery and Grohe, we were treated to “Once, the musical,” a Broadway show that won 8 Tony awards last week.   We all thoroughly enjoyed it, as did the whole audience.

I have reprinted this description of Once from Wikipedia so you will know a little more about the the play that won the award for “The Best Musical”: 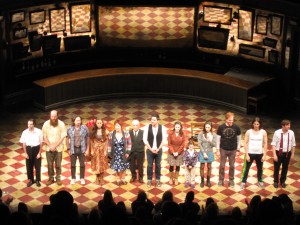 The musical then opened on Broadway at the Bernard B. Jacobs Theatre on February 28, 2012, officially on March 18, 2012, again with direction by John Tiffany and movement by Steven Hoggett.   This production received eleven Tony Award nominations, winning eight, including Best Musical.  The production won the Drama League Award, Distinguished Production of a Musical for 2011-12.

In both the New York Theater Workshop production and the Broadway production, the cast also served as the orchestra.

The minimalist set used for the Broadway production was a bar in center stage with chairs lining stage left and right. Exiting cast members simply stepped to the side of the stage and sat down. They served as the orchestra from these chairs. The bar was used at intermission as a working bar for the refreshment of the customers, rather than having a bar upstairs or outside.

Logolepsy – Word of the Day

Don’t let your Blog get you in Trouble

All the Free Samples You can Eat!