More on the Royals 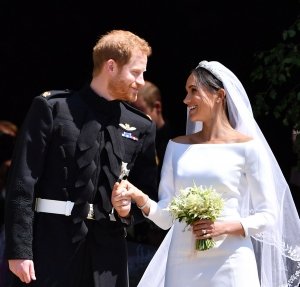 I admit it!  My curiosity got the best of me and I had to follow the royal wedding as well as the back story.  Weddings are typically so full of innocent love and beauty with some expected drama sprinkled through the planning stage. This royal event had so much drama happening before the wedding and, unfortunately for the main characters, everything was exploited in the tabloids and social media.

Every little girl dreams of marrying her prince, wearing a crown and living happily ever after in a palace.  In reality the princess totally loses her privacy and individually, and has to live by the rules of protocol, and under the microscope of the Queen.

Megan Markel is living the real-life dream but she was unlucky enough to have much more drama than usual in her life.  Loving brothers (or ½ brothers) don’t write open letters to the groom about how horrible his sister is, and how the wedding should be cancelled. And what future princess would want the world to know that her brother was arrested and charged with holding a gun to his girlfriend’s head in a violent argument during a late-night drinking session?

The blabber mouth ½ sister started instigating trouble weeks before the wedding whining about not being invited to the nuptials and how her family was poor and racist. She now has plans to publish a malicious tell-all book about the future princess.

The father was not going to attend wedding, then he was going to walk his daughter down the aisle but changed his mind when he was involved in a photo scandal orchestrated by the ½ sister. Conveniently he had a heart attack and needed surgery the week of the royal event missing out on the hoopla.

In my opinion, it was a smart move for the bride’s mother to divorce the bride’s father when she did.  It was also a very good choice for Megan to sever relations with these pathetic deplorable ½ siblings years ago, and not even think about putting them on the invite list.

Who said, “but it’s your family and you do everything and anything for your family?”  There’s that other say, “know when to hold ’em, and know when to fold ’em!”

Are you Picky Enough?

Beware! This could happen to you!

What is Going On?