It’s only a Game! 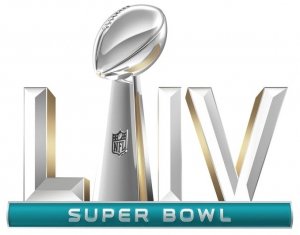 It’s here again!  Super Bowl Sunday, when a bunch of overgrown boys the size of the Hulk run around a field after a weird shaped ball for lots of money.  I’m writing this while the halftime show is entertaining the people who don’t have any clue how the game is played, hence the entertainment part.  In addition, the game parties are all about the food and the beer. I think the game is just an excuse to party, right?

I usually spend this day shopping because I love having the whole mall to myself.  I must be one of a small number who hasn’t a clue what the difference is between a field goal and a touchdown.  All I know is that the Chiefs and the 49er’s are both wearing red, and not one player “took a knee” during our National Anthem. Without getting political, I think no matter yourl thoughts, or whatever the protest of the day, respect should be shown when the Star Spangled Banner is heard. By the way, the anthem brought tears to some players today.  A far cry from the attitudes on display a few years ago, but I digress.

At the end of the day there will only be one winner!  In this game, in the Olympic games and in the political games.  There will always be those who get emotional over the loss of their team, but this is a given going into the game.