Is this the end of a 25-year run for Stainless Steel? 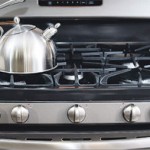 Major manufacturers are placing bets on different potential successors to the shiny, upscale appliance finish, which surprised everyone with its resilience.

It is a pivotal moment in kitchen design: While stainless steel is still the dominant look, there are clear signals it has outworn its welcome, even with no clear successor in place. 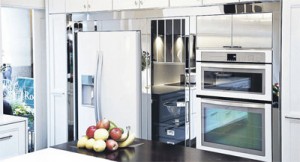 The appliance industry has tried to promote new looks before.  In recent years, manufacturers have pitched “oiled bronze,” “antique copper” and a gray hue called “meteorite,” as well as aluminum and other look-alikes, but none has been able to unseat stainless steel. 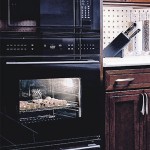 “Black is the new stainless steel,” Wolf Appliance says in a news release for black glass ovens introduced this spring.

Last weekend, General Electric introduced refrigerators, ovens, microwaves and dishwashers in a muted gray called “slate.” Miele says it will roll out new high-gloss finishes for the U.S. in the near future, refusing to divulge details.

The new colors and materials, though not as vibrant as the avocado-green and harvest-gold of previous eras, try to blend in with their surroundings, rather than stand out like a trophy of technology the way shiny stainless steel tends to do.

Introducing a new finish is a gamble.  Development takes a year or more.  Stores sometimes grant extra space to new ideas, but typically manufacturers have to work 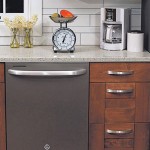 within an allotted number of slots, so an unsuccessful product can put the company’s overall sales at risk.

No manufacturer is writing stainless steel off completely.  It is too durable and versatile for that.  Whirlpool, mindful of consumers’ devotion to it, played it safe and included a stainless-steel option in the new Ice Collection line.  Still, there is a growing sense that stainless steel’s popularity is running into overtime.The new appliances reflect, in part, the kitchen’s changing role in the home.  In an open floor plan, the kitchen functions as the hub of relaxing and entertaining—a return to its historic role as the center of family life. 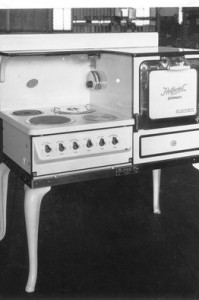 “Until the industrial age, the kitchen was central to the home,” says Victoria Matranga, an industrial-design historian and program coordinator for the International Housewares Association.  It lost that role as kids went to their second-floor bedrooms with their own TV, she says, adding “Now there’s a movement to get people together again, in the kitchen.”

Patrick Schiavone, Whirlpool’s vice president of global consumer design, spent two decades as a car and truck designer at Ford Motor Co. before joining Whirlpool in 2010.  In the midst of house-hunting near Whirlpool headquarters in Benton Harbor, Mich., he is set against stainless steel for his kitchen appliances.  “I’m over it,” he says.

Mr. Schiavone’s first big U.S. project at Whirlpool was the development of the company’s Ice Collection, which aims to remake what Mr. Schiavone saw as the outdated look of black and white appliances on the market.  “We wanted to make them as beautiful as stainless steel,” he says.  “We want it to feel more like it was meant to be in the space, rather than be some futurist styling of machinery.”

Consumers typically buy a new appliance when an old one breaks after a decade or two of use.  They often mix different brands.  Mr. Schiavone wants the Ice Collection’s distinctive look to push people to splurge on the whole collection.  “We were careful to make a suite that people lusted after,” he says. 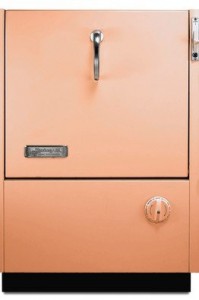 The appliance industry needs a boost after several years in which the housing market slump has dampened appliance sales.  Manufacturer discounts have eaten into profits.

GE is betting on a metallic matte finish it calls “slate.”  Figuring that cost-conscious consumers aren’t likely to replace all their appliances at once, GE revised the new finish several times, making it warmer so as to complement the stainless steel, white or black appliances already found in consumers’ kitchens.

“Not every consumer is ready to completely change out their kitchen appliances,” says Lou Lenzi, director of industrial design for GE Appliances.  “They don’t see the need to swap that expensive range they bought a year ago.”

There is a 12- to 15-year life span for an appliance finish to build momentum, peak and decline, Mr. Lenzi says.  “For stainless steel to have such a strong run is remarkable.”  Still, he says he detects “stainless fatigue” in the market.  “Living-room aesthetics are appearing in the kitchen’s cabinetry and flooring,” he says.  “Then you have this big piece of industrial steel staring at you.  Clearly there is a disconnect.

Slate’s development was veiled in secrecy.  Mr. Lenzi’s team used code names like “Dorian Gray” and “Earl Grey.”  The team noted that countertops were becoming less polished and figured a matte appliance finish would complement them better.  A muted surface shine also makes appliances resemble the flat-screen TVs and iPads that are increasingly at home in the kitchen. 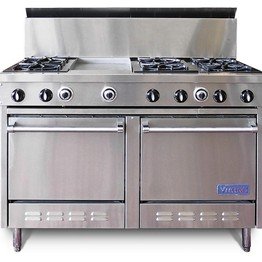 At the high end, Viking Range Corp., whose iconic open-burner stainless-steel range was one of the first to bring pro-kitchen styling into homes, offers 23 color alternatives to stainless steel, including Cinnamon, Wasabi, Kettle Black and Dijon, launched this spring.  Still, stainless steel dominates.  “I’d say 80% of our sales are still stainless steel,” says Brent Bailey, design director at Viking Range.  “I could add another 100 colors and the percentage wouldn’t change much.”

Wolf, part of Sub-Zero Inc., chose highly reflective black glass for its new E Series line.  “Glass is becoming more popular in our society in general, and in architecture the buildings coming up are glass,” says Michele Bedard, vice president of marketing.  There won’t be a white counterpart, though.  “It’s been debated, but white doesn’t have that lasting power,” Ms. Bedard says.  “We test our appliances to last 20 years.”

German maker Bosch, meanwhile, stands by stainless steel in the U.S.  “We’ve seen in the last 10 or 15 years alternative finishes on the market, but they’re not enduring,” says Graham Sadtler, industrial design manager for the German company.  “Similar to fashion, fads come and go.”

Getting consumers to switch from stainless steel isn’t easy.  Jenn-Air launched a line of “oiled bronze” appliances in 2007; it has already dialed back availability of the finish in certain models.  “We hoped that oiled bronze would take off,” says Brian Maynard, Jenn-Air’s brand marketing director.  “It got a lot of attention and it sold quite well, but we’ve seen it wane a little recently.  We’re not disappointed with it, but it just isn’t stainless steel.”

Electrolux ELUX-B.SK recently introduced a black-steel finish in markets outside the U.S. but says it thinks stainless won’t go away soon.  “People still want that connection between the restaurant experience and their own home,” says Bob Martin, Electrolux’s design director of major appliances in North America.  “Stainless steel at the high end will be strong and stay strong for a long time.”

“Other finishes haven’t achieved the same level of sophistication in terms of aesthetic,” says Stefano Marzano, chief design officer for Electrolux.  Lately Mr. Marzano has been exploring possibilities made with stone, ceramic and enamel.

Stainless steel’s staying power is partly the result of how Americans approach their kitchens, says David VanderWaal, director of brand marketing for LG’s home appliances.  “They start with the cabinets, then it’s flooring, countertops, lighting and then finally it’s their appliances.”  LG isn’t offering alternatives, he says. “We don’t see the trend of stainless steel appliances diminishing.”

You Can Be the Best!

Think out of the (tile) Box