Is it Only A Game? 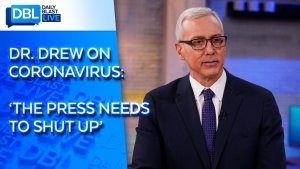 What would we do without the media?  Plenty!  I think we would be much better off without most of those nitwits who call themselves journalists, reporters, anchors or whatever they want.

I try to avoid the news, both print, radio and TV, but today I saw a headline that read, “The pandemic winner: Will It be Sweden or New Zealand?”

To be fair, credit goes to the author – Dr. Steven Phillips, who published this piece in The Hill. I will admit that the article had some interesting content, but I’m more interested in slamming the title.  From what I see, the media is looking for rating, so they either hype stories or make up facts. And as far as calling it a game, that’s over the line.

More interesting than the article, are the 1,000+ comments from the readers.  This is their moment to share their sarcasm, intelligence and/or stupidity.  I would rather read the comments and ignore most of the article.  It makes for great entertainment, but I digress.

The idea of sensationalism for the ratings is nothing new. The did it during the Viet Nam war to give body counts, and they are doing it again posting the number of deaths due to Covid-19. Their reports are incomplete, so, therefore, useless, IMHO.

We wonder why people are hoarding toilet paper, wipes, paper towel, bleach, etc.?  I am certainly not condoning stockpiling and hoarding.  It’s selfish, self-centered and apathetic, but fear created, in part by the media, is causing a large percentage of the hysteria.

The solution might be to become a prepper.  For those who don’t know what a prepper is:  a person who believes a catastrophic disaster or emergency is likely to occur in the future and makes active preparations for it, typically by stockpiling food, ammunition, and other supplies.

In the meantime, I am following the CDC rules, am sequestered in my home and hoping that soon things will be “somewhat” safe.  Yes, I am an optimist and intend to stay that way.

They did it, We should too!

Will it Ever End?