I can’t figure out why I was shocked when I heard that Arnold “The Terminator” Schwarzenegger had fathered a child with the family housekeeper 15 years ago.

Arnold and Maria “looked” happy together, but what did I know?  Funny how things look so great on the surface, but who knows what goes on behind closed doors?

Good old Arnold now has the “you know whats” to write a book and appear on the late night shows wanting and hoping to be popular in movies again.  He blew it big time.  Putting it in a nutshell, he comes here from Europe and wins the Mr. Universe title, makes movies adding lots of money to his bank account, marries into the Kennedy dynasty and becomes Governor of California.

Then I guess 15 years ago Arnold was feeling like Mr. Universe again, and made a baby with the maid, a very unique-looking individual.  So for all this time he has the maid still employed in the house and the kid hanging around.  He has admitted that this was the “stupidest thing” he did during his marriage.  Maria’s stupid thing was giving up her career, in my opinion. 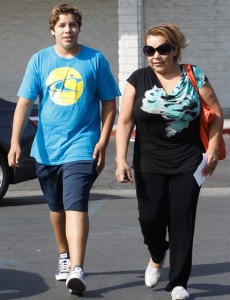 Joey, the kid and Millie, the maid.

In an interview Arnold said he wanted to tell Maria about his son because the kid looks so much like him, he didn’t think he could hide it too much longer.  I think 15 yrs was way too long.

Arnold also said he believes Maria’s friends have done everything they can to poison the waters, imploring Maria to stay clear of him.  (Maria, listen to your friends, please.)

What is he thinking?  He is definitely not the only well-know political or Hollyweird figure to have done something stupid like this.  And he certainly isn’t the first one to write a tell-all book.  I just can’t figure out why people buy these books.  Just wait until the movie comes out . . .LOL!

In my opinion the “I’ll be back” signature won’t work anymore.  He’s done!

Oil-Like Performance in a Water-Based Paint

The 3 Undeniable Mistakes in Business Websites