Is this a Good Thing, or Not? 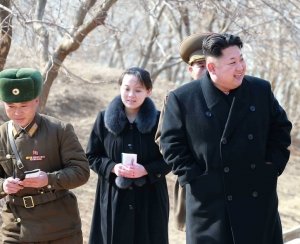 Watching the 2018 Winter Olympics being held in PyeongChang, South Korea sends the message that the Korean Peninsula is a peaceful venue.  Well, at least while the games are going on. The Korean peninsula has been divided since the 1950-53 war. The two sides have never signed a peace treaty and the last Olympics in South Korea, in 1988, were boycotted by the North.

It’s a well-known fact that Kim Jong-un, and his family before him, leads his country with an iron fist and has exhibited sadistic behavior. He has threatened to blow up the United States to show how powerful he is and has ignored the sanctions of the United Nations regarding nuclear testing.

All of a sudden, like turning a page in a book, this maniac either injested happy pills or has something up his uniform sleeve.  Sending his cute little sister as the ambassador to the Olympic games, having women from North Korea join with the South Korean women to play hockey together for a unified Korea, and sending North Korean cheerleaders, 200 musicians and hundreds of performers seems genuine, or does it? I say beware of this wolf in sheep’s clothing.

We’ll just have to wait and see!

Off to Chicago – Part I

Too Busy to Whine