Clean up your Vocabulary

For the past several years I have written about  words that should be eliminated from one’s vocabulary due to misuse and/or overuse.

As my first post of the new year, I am sharing excerpts from an article which was posted on Twitter written by Kathy and Ross Petras, and published on Make it.

Specifically this article asks if you want to sound more intelligent by not using 15 words or phrases that are “embarrassingly outdated.”
.
“Bandwidth – If you’re talking about internet usage, go for it. But today, a lot of people use “bandwidth” to refer to human capacities to take on a task — and it’s getting tired. It has officially become a buzzword that your business partners don’t have the bandwidth to keep hearing.”
.
My opinion:  I always wondered why people would keep referring to their bandwidth when they should be saying they have a short attention span or not enough brain power.
.
“End-user – As with “bandwidth,” here’s a computer word that spread to more general use, especially in marketing and advertising. Our main problem with it is that it’s dehumanizing and impersonal. Why not use people-centric words like customer, buyer or client?”
.

My opinion:  Being in the design business, I have been referring to people who use appliances, generically as “end-users,” but have decided to eliminate that description from now on.

“Granular –  this word first made a major blip on the radar at the beginning of the pandemic. People talked about examining data on the granular level, looking at the smallest bits of information to make important decisions.

That’s legit, but it’s being used so often now that we seem to be avoiding a simpler word: “Detailed.”

My Opinion:  I have noticed that people will hang on to certain words and apply them to every situation, some of which don’t make any sense.  Organic, narrative and pause are now the current buzzwords being overused typically by the media. 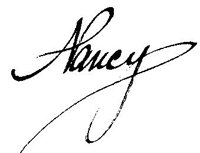 What is the honest truth?