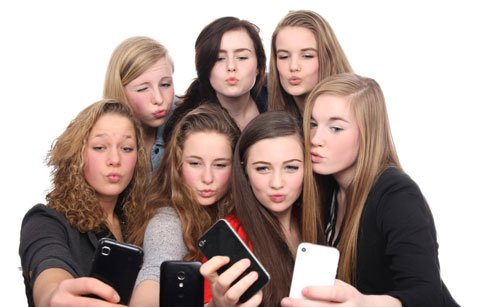 When I heard that some people are in favor of lowering the voting age to 16 years old, I thought it was a joke.  What brilliant clowns came up with this idea?

We’ve all been there, right?  We didn’t have the social media of today, but what was our focus when we were that age?  Clothes, hair, make-up, sex and cars. The only thing that has changed is the addition of technology into the life of the teenager.

Yes, most teens are in their own world focusing on texting, taking selfies, getting likes and followers and being popular among their peers.

In doing some research I found the statistics to be alarming.

The number of young people committing suicide has been increasing every year. Many experts say adolescents and teens today probably face more pressures at home and school, resulting in an increase in depression & anxiety

Many teens are willing to follow their peers to try anything.  How many times do we ask ourselves why these young children take pills offered by their so-called friends?  They have no clue what they are taking or what the consequences will be, but they are willing to try anything, whether its drugs, alcohol or going to parties just to be accepted. The majority of teens at this age are not known for their judgment and wisdom, nor for their depth of life experience.

Voting is a responsibility to be taken seriously. In my opinion, these children have enough on their plate without having to be concerned about politics.

Let them be children a little while longer.

The Art of Reducing Stressmas

Did you Lose Something?