This is a No-brainer!

How many times does it have to be said that what goes on the internet, stays on the internet, and if it’s juicy enough, goes viral?  An “unassuming” or maybe just stupid preacher out of Chicago was photographed in a bathtub with his little 4 year-old granddaughter and then sent it out via Instagram.  He just couldn’t believe it when people said he was, among other things, a “nasty old man!”

The senior preacher at Sweet Holy Spirit Church said it was completely innocent and the critics hurt his family.  He’s defending his actions by saying that he was taking a bath when his family visited him, and when the child wanted to get in the tub with her grandfather, the mother put swim trunks on her. 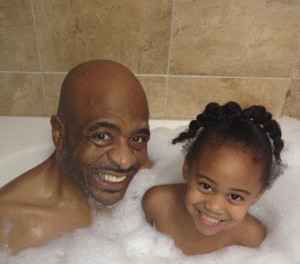 What was he thinking?

First of all, bad timing on his bath thing.  He should have gotten out of the tub when he found out he had visitors.  Secondly, does the whole family go in the bathroom while he’s in the tub?  Why would any guy want to have his granddaughter see him in the tub, much less join him.  What happen to shame or modesty?  Or common sense?  And obviously, the mother is part of this fiasco.  Yes, the kid was cute, but Instagram a picture of her with the family dog, not the family old man.  These people apparently were out to lunch when brains were given out.

People do not think of the possible repercussions before they do something ridiculous, and then they complain about the consequences.  Case in point, Miley Cyrus did “the stupid,” and now she has lost her chance to be on the front cover of Vogue.  And she can’t understand why!