According to US Census Bureau, the average family spends $58 per month on their pets.  Since 1999, our spending on pets has increased by 99%!!  That’s the highest growth of any category in our monthly expenses; even higher than the ten year increases in healthcare and education.

The American Pets Products Association (APPA) estimates that Americans will spend $52.87 billion on their pets in 2012!!  Pet spending has increased every year since it was $17 billion in 1994.

Dogs and cats who live with the rich and famous receive special attention.  Who would have thought?  I have compiled some of the more outrageous gifts for these pets. 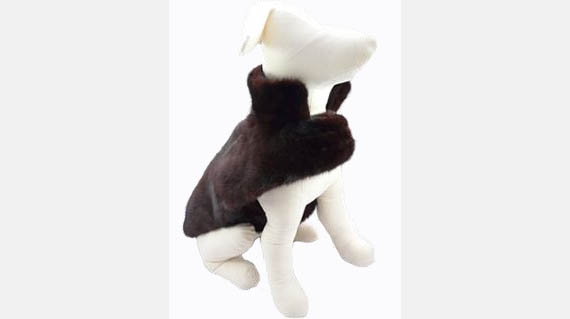 Mink coats for dogs costing $725.  Why would a dog with fur need a fur coat?  Isn’t that like a chicken eating a chicken sandwich?

This 22K gold leafed Borocco Pet Bowl by Versace with porcelain bowl only cost $754.  Sorry no doggie food coupons come with this bowl. 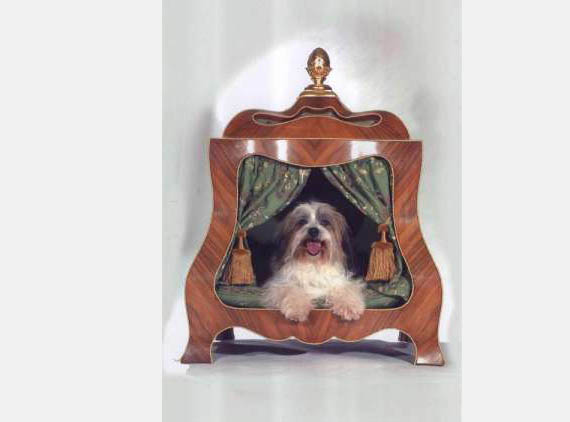 Your dog will sleep in style in this Louis XV Pet Pavilion costing $23,990.  Styled after an 18th century French Rosewood commode,this doggie bed does not include fabric, so you are able to match color scheme to your home. 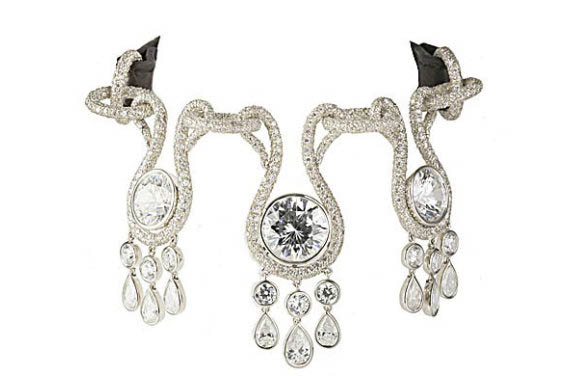 With more than 1,600 hand-set diamonds on 18 K white gold attached to a crocodile leather collar, your lap dog would look so cute  in this $1.8 million collar.  I say “lap dog” because I can’t imagine letting the dog out of my sight. 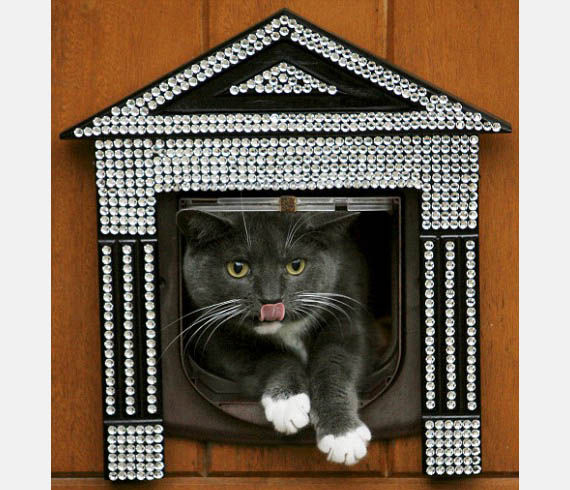 Swarovski Studded cat flap featuring more than 1000 Swarovski crystals costing  $1,644 does make the statement that your cat is special or is the message that the owner is nuts?

If you’ve got a few million dollars worth of jewels and lot of spare time then it’s only natural that you’d make a $4.2 million tiara for your (male) dog. Two months and 250-carats later and your dog looks as unhappy as ever. The owner plans to make a hair clip made of jewels as well… probably because it’s hard for the dog to keep his head up with a tiara weighing him down.

Flying is Not Fun Anymore!

Have a problem getting out of bed?