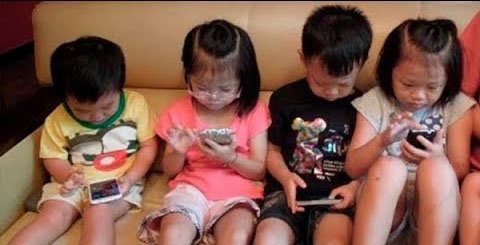 We all have one, we can’t live without it, and we think it will last forever.  Many things fit into this category – a car for one, although many people have opted to forgo owning a car replacing it with a bicycle, mass transit or going the Uber way of life.

The item so important to our daily lives is the Smartphone.  I would venture to say that if you see a person without a phone, they probably forgot it somewhere.

We have 3.2 billion people – worldwide – constantly looking down at their devices waiting for the next text, email or picture.

According to several surveys, the average American spends almost 5 hours a day on their device using it as an alarm clock, texting, talking, sending & receiving emails, taking pictures & videos, banking, and social media activities. Many young parents use their phones as babysitters giving their phones to their toddlers entertaining them with YouTube cartoons & movies.

The developers of the Smartphone, in my opinion, designed these devices to make people mobile dependent and literally control the lives of the users.  Cell Phone Addiction are to be taken seriously. Read more about the signs and symptoms here.

Have you thought about what your life was like before you had a cell phone?  Yes, as I have said before, there is good and bad in technology.  I hate to admit it, but I can delete all my gadgets including my microwave, but never my phone.

Has the Pandemic affected the Phoenix Housing Market?  What has changed when it comes to buying and selling your house?