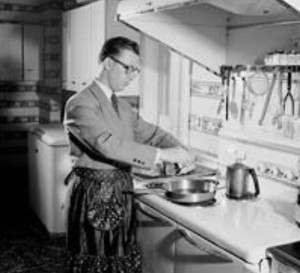 A few years back, while preparing a marketing study for an Italian kitchen manufacturer looking to expand their presence in North America…I made a startling discovery…kitchens were not just for women.  The industry demographics were all wrong and misleading.  The popular myth that women were the driving point of all kitchen sales was an assumption.  It was believed that the prototypical kitchen consumer was female, married, 35 – 45 with one or more child.  And this was true on the whole…but what we discovered was that economics and age changed everything.

Middle-class kitchens with children still at home were female driven and functional by nature.  Breakfast and dinner were prepared by Mom and homework was done at the kitchen table…all very “June Cleaver”, all very American.  But when it came to up-market, affluent kitchens…the tables were turned and the kitchen went from one of traditional design and functionality to one of clean and simple lines and cooking as entertainment.  And at the helm we discovered a 55 – 65 year old male, directing the design and purchase of this new playground.  Where the female, middle-class purchaser was focused on function, convenience and budget, the affluent male buyer is focused on aesthetics, technology and value.

Once considered off limits to the American male, today’s modern kitchen has become the new workshop, a place of refuge that our fathers once spent hours locked away on weekends, tinkering, building, repairing and mostly escaping the pressures of everyday life, as well as the wife and kids. Clean modern lines, sleek glass and chrome surfaces and enough technology to launch a mission to mars…Today’s male has found a new venue for relaxation and self-expression.

In a recent UK study regarding the cooking habits of the British Male, some very startling statics have emerged to further challenge our perceptions and assumptions.   As women move in greater numbers into the workforce and in some cases taking the role of “bread-winner”, it appears that men have taken to their new domestic position with relish.

In the UK study: 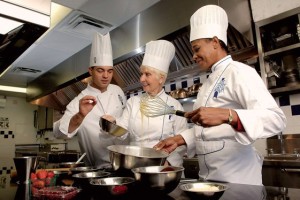 With the proliferation of cooking shows, mostly with male chefs in the leading role, 7 out of 10 males polled felt more confident in the their role as home-chef and that most felt that they were far better cooks than their female domestic partners.

To the modern male, today’s kitchen is about lifestyle and it’s about living.  If stress and anxiety are the bi-products of the modern world, then nothing is more coveted by today’s male than relaxation and contentment.

His kitchen can be defined by the details.  When designing for the male, it’s important to speak about the intangible aspects of the kitchen we must address happiness and comfort, taste and design, exclusivity and uniqueness.  The kitchen must be viewed as a reward for his hard work, a symbol of his accomplishments.

When it comes to the kitchen, he wants the best the industry has to offer.  To him, spending more for quality is worth it and it is expected.  He believes that value is more important than price and that “brand” means security and quality.

The products he chooses for his kitchen must be manufactured by a well-known and trusted name and is prestigious as well as exclusive.

Socially driven and status aware, exclusivity and appearance is the key to his personality.  He looks for products that are unique and will enhance the way he is perceived by others.  Branding is at the heart of his decision making, as he believes; they are the traditional indicators of quality.   It’s about the pleasure of owning an original.  It’s about exclusivity.  And ultimately, it’s about self-expression.

Up until recently, the kitchen was designed as a functional laboratory for a single participant, the “woman of the house”, the ‘little lady’, “mom”.  It was laid out with assembly line efficiency with a window centered on the sink so mom, in her frilly apron and pearls, could watch the little ones in the back yard at play.

The evolution of the Male Centric Kitchen has grown far from its primary function of food preparation, and nurturing to that of “social arena”, serving as living room, dinning room, home-office, entertainment and media center.   More democratic than “Moms” kitchen, everyone is welcomed, if not encouraged, to participate in the Male Centric Kitchen.

Simple and clean, open and inviting, the exclusion of all things extraneous best describes the Male Centric Kitchen.  A kitchen without boundaries or barriers, a kitchen free from conventional thought and restrictions, a kitchen created to reflect the individual.

The Male Centric Kitchen, in its new domestic role, finds itself reflecting a family style based on the sharing of traditional roles and function.  The living area embraces the kitchen as a multifunctional arena, were food is prepared, people talk, guests are entertained and the last email of the day is read and responded too…a space where the day begins and the party always ends. 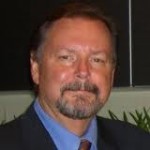 Designer, writer, and speaker, Kevin Henry is a recognized “thought-leader” to the kitchen industry for over 30 years and is sought out for his views and observations regarding market trends and industry direction.  His blog, The Essential Kitchen (www.theessentialkitchen.blogspot.com), is followed world-wide by both consumers as well as industry and media leaders.  Kevin is invited to speak internationally on a wide range of topics, including luxury branding, sustainable kitchen design and market trends.   Mr Henry is the Director of Business Development at DACOR, a California based manufacturer of ultra-premium residential kitchen appliances.  You can contact Kevin at khenry@dacor.com

Nancy explains the importance of using a professional kitchen designer for your new construction or remodel project. Listen here