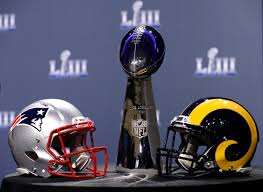 Here’s some “I had no idea” facts about the Super Bowl –  January 15, 1967, people paid an average ticket price of $12 to watch the Green Bay Packers beat the Kansas City Chiefs –  35-10, in the first-ever AFL-NFL World Championship, later known as Super Bowl I, at Memorial Coliseum in Los Angeles.

The half-time entertainment was provided by University of Arizona and Grambling State marching bands. Since this was the first “bowl” game, they probably figured no one would pay attention to the bands.  There was nothing to compare it to so people were happy and satisfied to be entertained at this inaugural event.

In the late 90’s the entertainment started to became more popular than the game.  Well-known Hollywoodites like Tony Bennett, Beyonce, Madonna, and Michael Jackson were booked well in advance because it was a status symbol to be part of the program.  Of course, these entertainers justified the increase in ticket prices, as well.  (note:  many artists turned down the opportunity to be the halftime entertainment this year because the Super Bowl has become a political platform coupled with a sports event.  I’ll leave it at that)

Generally speaking, the average Super Bowl ticket costs between $2,500 and $3,000, but that price varies depending on the particular matchup, when the tickets are purchased and the location of the seats.

Tickets for Super Bowl 2019 between the New England Patriots and the Los Angeles Rams were priced between $2,416 and $11,911. I doubt if this included air fare, a hotel room and an Uber.

Honestly, is being at the game watching people throw a ball and then piling up on top of each other really worth that much?  You could invest in a huge flat screen TV with all the amenities, have your munchies & booze catered by the best restaurant, and still be ahead.

Another NEW Podcast
Nancy's guest is

Are your Smart Devices safe?