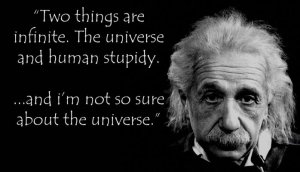 I was listening to a talk show recently when the guest made a point about people commenting on social media.  Actually, they were not commenting, but bullying and flaming their own co-workers in the discussion.

This got me wondering about when unrestricted, foul-mouth, vicious, deplorable commenting started on the internet.

Home computers were introduced in 1977 and by 1980 it was not unusual to find people who had a home computer.  AOL (America on Line) was one of the early pioneers of the Internet in the mid-1990s.  They introduced chat rooms where people would share ideas and thoughts with like-minded AOL members without being monitored without any barriers, without any cooling off, without any reflection.

When you were in these “rooms” you introduced yourself by name, stated why you were there, didn’t “speak” over people, didn’t use spam or foul language and didn’t ask personal questions.  An administrator or moderator was able to kick out and block abusers of the rules.

Let’s jump to today’s social media practices.  It has become commonplace for anyone commenting on twitter, facebook, etc to bash and bully anyone and everything.  What happened?

2.5 billion people are running around with a mini computer in their pocket giving them access to the world 24 hours a day.  This gives disgruntled misfits the opportunity to comment anonymously without being monitored.  They hide behind their smartphone, spewing things to make themselves seem important when in reality, many of them are lowlife degenerates  hiding behind a screen of technology.  They feel that they have the right to disrespect, insult, and abuse anyone, and most of the time they don’t have the intelligence to really know the subject of the conversation.

They use the internet as a weapon with no rules.

Nancy explains the importance of using a professional kitchen designer for your new construction or remodel project. Listen here