To clear the air in the kitchen is as important as the high performance cooking equipment you are buying.  Unfortunately not every body sells it that way.  In today’s market there are a multitude of product choices to create a visual solution to one of the possible consumer complaints about a dull looking old hood they may be used to.  I have 12 brands of hoods available that offer high performance ventilation systems in hundreds of styles and colors.

The purpose of cooking ventilation is primarily to increase indoor air quality by removing cooking contaminants before they mix with the rest of the air in the home.  When you smell the aroma from a previous days cooking, it is because the contaminants are mixed with the air in the home.  The contaminants are steam, smoke, odors and hazardous gases such as carbon monoxide.  It is always best to vent out of the home, but even this idea is changing with the introduction of new technology in ventless or recirculating air cleaning systems.  Vent-A-Hood ™ has brought to market and created a leadership position with their ARS series, a proprietary 4-phase technology ideal for light residential use when venting out is not an option.

The recirculating systems are available from basic charcoal filters to the ARS Air Recovery System from all of the 12 vendors I represent. So the consumer excuse “I can’t exhaust out” is also overcome. 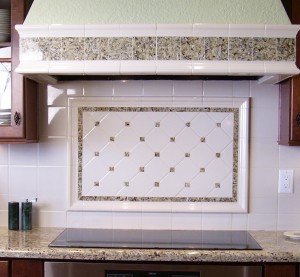 CFM consideration runs from about 180 to 1200 CFM.  The volume of air movement will depend on the cooking surface.  It is common for a 48” gas range to require 1200 CFM.  Of course, the length of exhaust run and number of elbows in the run needs to be considered as well.  The consumer may believe that a 1200 CFM blower will be too loud, but in today’s advanced ventilation products industry you will not hear any motor sounds, just the movement of air thru the filtration system.  Vent-A-Hood offers their WhisperTechnolgy and claims to be quietest in the industry, even at the highest speed.  The average conversation is measured at 6 to 7 sones.  When tested in a certified independent test lab on the highest speed, Vent-A-Hood range hoods measured from 5.4 to 6.6 sones.  So the consumer excuse “it’s too loud” is also over come.

The “elephant in the room” is CFM.  It has become common in many new homes and remodels to use 36” to 60”gas ranges and hoods systems up to 1200 CFM.  When you are exhausting 1200 cubic feet per minute out of the house, do you need to consider make up air into the house?  This has been a controversial question in the industry for many years, and I used to deal with it in the Minnesota market more than 20 years ago.  The concern is that when you are able to draw 1200 CFM per minute out of the house, do you run the risk of pulling carbon monoxide into the house from gas appliances, mainly the furnace.  The controversy has now 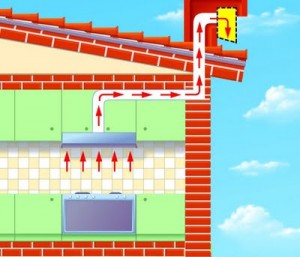 erupted in Chandler, Arizona, as I have been involved in a city inspector failing a new home build inspection because I sold the customer a 600 CFM exhaust for over a 36” gas top.  The inspector claimed that anything over 400 CFM required a make up air system.  This would most often be considered a mechanical contractor issue, not an appliance supplier issue.  The inspector cited from the International Mechanical code book:  505.2 Makeup air required – Exhaust hood systems capable of exhausting in excess of 400 CFM (0.19 m3/s) shall be provided with makeup air at a rate approximately equal to the exhaust air rate.  Such makeup air systems shall be equipped with a means of closure and shall be automatically controlled to start and operate simultaneously with the exhaust system.

It certainly appears that the City of Chandler can enforce recommendation code; I am still trying to resolve the issue for my client.

If other cities or the state follow this code, it will be difficult to offer the public the design and clean air possibilities in their homes that they deserve.  This is a problem that needs to be addressed as it could have a very negative impact on our businesses.  There are thousands of ventilation systems sold in Arizona over 400 CFM today.

Andy Welemin, Account Manager with Westar Kitchen & Bath, has been involved in home products since 1977 and, specifically, in the appliance industry since 1983.   Andy is a member of NKBA and NARI and a past board member of the National Kitchen & Bath Association, Minnesota andArizona.